San Francisco is easily recognized by it’s iconic Golden Gate Bridge (not pictured), cable cars and colorful Victorian houses. The city and nearby Silicon Valley are known for their entrepreneurial spirit and startup mentality. This draws many people to San Francisco and creates jobs as well as businesses of all kinds.

This means…you guessed it, lots of hospitality jobs. San Francisco’s job market is one of contradictions. On the one hand, demand is high, especially for hospitality positions such as front office manager, security and guest service agent, as well as servers, hosts and foodrunners. We have also seen a strong job market for positions such as housekeeping, laundry attendant, and janitorial staff.

Even still, is a bit more complicated, as the cost of living in San Francisco is one of the highest in the country. Rent in San Francisco is starting at over $2,000 per month for a studio apartment. This often means that most  people employed in the hospitality industry have to share a living space, have multiple jobs, or live outside of the city and commute.

Where to Find Hotel Jobs in San Francisco

Looking for a hotel job in San Francisco? 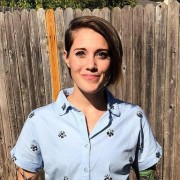 Paige Garner is the Marketing Coordinator for Proven. When she is not tweeting, blogging or writing, she loves spending time with her Pomeranian, Chips!

FLASH! The Things You Should Have Asked Your Business Lawyer | Mat Sorensen

The Ultimate Guide to Restaurant Jobs in San Francisco